So you lost your Olympic bid, Chicago. You’re the laughingstock of the entire world! No, I’m kidding. Lots of cities weren’t even in the running for the 2016 Olympics. My home state of Arizona has never hosted the Olympic Games, ever. It should be an honor just to be nominated (even though you have to nominate yourself).

Think of all the great stuff Chicago has that Arizona doesn’t.

Sufjan Stevens made an entire album about Illinois. He says he’s going to get to all the states, but there’s no way this will happen. He is never getting to Arizona, for example. 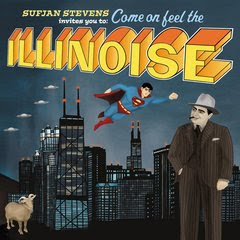 Chicago just impeached its Governor. So what? Arizona elected a racist who eliminated the Martin Luther King, Jr. holiday for the entire state. Arizona wasn’t even a slave state, but it sure made the rest of the country think we were walking around the desert in pointy white hoods. He was impeached after about a year in office.

A couple governors later, Fife Symington was arrested by the FBI for extortion, making false financial statements, and bank fraud. He was thrown in the clink, thus ending his governorship. (He was later pardoned by President Clinton because one time Fife saved Bill from drowning in a river. True story.)

Oh, and John McCain? He was one of the Keating Five, a group of US Senators who were accused of defrauding the government.

Chicago’s political corruption may be legendary, but Arizona’s corruption is somehow more repulsive to me.

Other things Chicago has that Arizona doesn’t:

-a river that runs all year round, not just for two days in August
-a downtown that attracts not just business but tourists, TV shows and movies
-humidity (although this may not be such a great thing for the Summer Games)
-baseball that can be played outdoors, not in an airconditioned dome
-Wilco
-ties to two of the best Presidents
-“Chicago Style Pizza”

So you see, Chicagoans, you’ve got nothing to cry about. Don’t shed a tear for the lost Olympics. Just look at your friends to the Southwest and see how good you’ve got it.

Oh, but the Diamondbacks did win the World Series this century and the Cubs still haven’t. I’m not pointing any fingers, but maybe you should blame the Cubs for this one.