Why can’t Christopher Lloyd, that talented motor-mouthed actor best known for his portrayal of Emmett “Doc” Brown in the Back to the Future movies, get more work? 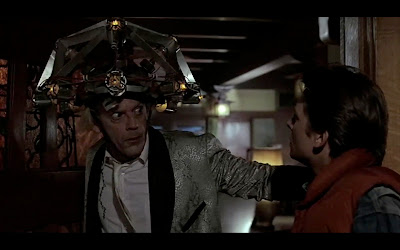 , Lloyd has proven himself as a real working actor, with credits almost every year since.  I have fond memories of his character Henry Sikorsky from the movie The Dream Team

.  But it was undoubtedly Robert Zemeckis who best found use for Lloyd’s mixture of manic jargon-filled speaking style and his almost cartoony facial expressions.  First with Back to the Future

, then as the despicable Judge Doom in Who Framed Roger Rabbit

, Zemeckis may be the only director to have fully tapped into Lloyd’s creative well.

” Dreyfuss.  For a movie about prehistoric meat-eating fish, there was very little fish-on-human action.  Most of the running time was spent on the spring break crowd of interchangeable twentysomethings.  My main beef (har) with Piranha was, why go to the trouble of casting known actors if you’re not going to use them?  Christopher Lloyd’s character, notably, as a knowledgeable pet shop owner, could have been greatly expanded to comedic effect.  Instead, he merely stands in as a two-dimensional exposition-giver.

Okay, Hollywood.  I know there are only so many roles to go around, but Christopher Lloyd is one actor who deserves more than he’s been getting.  Might I suggest a science fiction story set aboard a decrepit space station orbiting Saturn, with astronauts Christopher Lloyd, Cate Blanchett, and Hugh Jackman fighting against a blob-like alien with a taste for metal?  If Robert Zemeckis is busy, I propose Michel Gondry to direct. 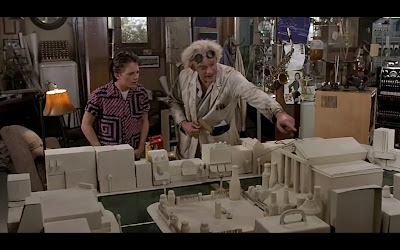