I was forced to write in cursive for one year of my life, and it was the most miserable experience I’ve ever lived through.  If you can’t write the way you want, you might as well be dead.  I think Bob Dylan said that, and I’m pretty sure he was talking about cursive.

Was it fifth grade or sixth? One year my teacher told us we were to learn cursive handwriting, and once we learned it, no papers could be turned in if they were not written in that flowing style.

Why was it supposed to be better?  And why was it mandatory?

Cursive forces you to write in a very predetermined way.  Each letter is tied to its neighbors like prisoners on a chain gang.  This handwriting is locked up.  To me, all cursive handwriting looks the same.  I like people who combine cursive and block. Handwriting should be personal and natural.

Cursive tends towards indecipherability.  Our teacher told us that it is much quicker to lay down than block handwriting.  That may be true, but it also is easier to make cursive look like a long doodle.  Try writing one sentence in cursive.  Then, underneath it, scribble a series of loops.  You’ll notice they look identical.

I’m not sure why we were all forced to learn and then use cursive.  Like most unilaterally imposed proclamations, it came with no explanation.  I don’t remember how long it took us to learn this curly, curvy form of print, but I do remember hating every minute of it.

If one can said to have a natural handwriting, mine is blocky.  Reading comics surely had a lot to do with this preference; I’m only surprised that I didn’t gravitate towards using all caps.

Everything about cursive is antithetical to my personality. Flowing, looping letters that can so easily turn into wave after wave of indecipherable nonsense.  I have to squint whenever I read cursive, and I disliked seeing my own words turn into that silly mush.

I struggled mightily against my own handwriting during that time.

It should come as no surprise that, as soon as I was out of that teacher’s clutches, I reverted right back to the familiar, blocky handwriting I loved so much.  It was like I had been sleeping in dingy worn-out hotel beds for a year and finally got home to my own safe, clean, warm mattress.  I was twelve years old but I felt more like ten.  My body felt vibrant again, young.

Some people wish they could be kids again.  When I think back on this trying time in my life, I give thanks that I grew up.  I have complete control over my own handwriting. 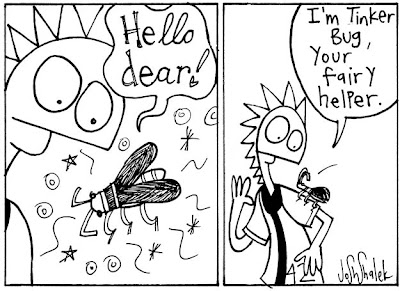 The cursive lobby is powerful and deep-pocketed. Everyone knows teachers get a kickback for saying that writing in an uninterrupted stream is faster than having to lift your pen for each letter. What a canard.

It certainly solidified our friendship when I saw that your handwriting was, like mine, loop free.

Research shows: the fastest and most legible handwriters join only some letters, not all of them — making the easiest joins, skipping the rest, and using print-like shapes for those letters whose cursive and printed shapes disagree. (Citations on request.)